This series of animations depicts the results of a computer simulation of the effects of deforestation on the surface temperature and precipitation in the Amazon region. Six animations are shown - a control simulation, a deforestation simulation, and the difference between the two for both surface temperature and rainfall. The period simulated is the second half of 1987.
↓http://svs.gsfc.nasa.gov/vis/a000000/a000000/a000067/index.html 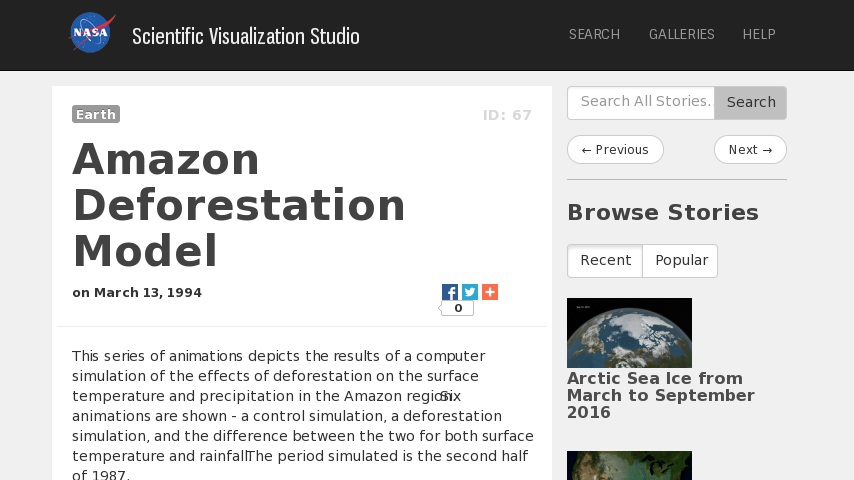