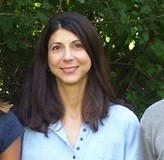 by Consortium for Entrepreneurship Education CEE
Innovative thinking is the key to becoming a successful entrepreneur. Whether you actually invent a new product or process, or you use creativity to find a better way to market existing products or services, you will need to learn how to think like an inventor. The activity supports the Entrepreneurship Content Standards/Performance Indicators as follows: • A.06 Describe idea/generation methods, • D.09 Explain the nature of written communications This resource is part of the Entrepreneurship Learning Activities collection.
Member Rating
Curriki Rating
'P' - This is a trusted Partner resource
P
'P' - This is a trusted Partner resource

Connecting STEM with imagination and creativity

by Richard Tavener The Imagine it! Project
The imagine it! Project is an multimedia online resource for teachers to inspire and engage students through creativity and imagination. The project includes the popular film Imagine it! POST IT NOTES and the influencial film Imagine it!² The Power of Imagination. From the films there are dozens of interview clips from Sally Ride, the founders of the Blue Man Group, Ed Catmull, ceo of Pixar Animation, Ray Kurzweil, futurist, Peter Diamandis, ceo of X PRIZE, among many others. Organizations involved with the project include Stanford University, MIT, Smithsonian, National Academy of Engineering, National Teachers Advisory Committee, Intel, J. Paul Getty Museum, Lincoln Center and FIRST Robotics.
Member Rating
Curriki Rating
'NR' - This resource has not been rated
NR
'NR' - This resource has not been rated