KWL instructions to be used at the beginning of the unit, as well as to introduce each subtopic 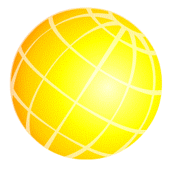 Structure of the earth system Earth's history - The earth processes, we see today, including erosion, movement of lithospheric plates, and changes in atmospheric composition, are similar to those that occurred in the past. Earth history is also influenced by occasional catastrophes, such as the impact of an asteroid or comet. Fossils provide important evidence of how life and environmental conditions have changed over time.

Rationale: The earth consists of several layers. The three main layers are the core, the mantle and the crust. The core is the inner part of the earth, the crust is the outer part and between them is the mantle. The atmosphere surrounds the earth. Till this moment it hasn't been possible to take a look inside the earth because the current technology doesn't allow it. Therefore all kinds of research had to be done to find out, out of which material the earth consists, what different layers there are and which influence those have (had) on the earth's surface. This research is called seismology.

The earth's crust consists of a number of moving pieces or plates that are always colliding or pulling apart. The Lithosphere consists of nine large plates and twelve smaller ones. The continents are embedded in continental plates; the oceanic plates make up much of the sea floor. The study of Tectonic plates - called plate tectonics - helps to explain continental drift, the spreading of the sea floor, volcanic eruptions and how mountains are formed. The force that causes the movement of the tectonic plates may be the slow churning of the mantle beneath them. Mantle rock is constantly moved upwards to the surface by the high temperatures below and then sinks by cooling. This cycle takes millions of years.

Continental drift: The drift of the plates across the surface of the earth has been going on over millions of years, which still changes the outward appearance of the earth. When you look at the map of the world, you see how well the east coast of North and South America fits into the west coast of Europe and Africa. Over millions of years these continents have slowly drifted apart. (Continental drift).

Diverging plates: Where plates pull apart, hot molten rock (fluid magma) emerges as lava and so new matter is added to the plates. In this way new oceanic plates are formed. The place where this happens is known as a mid-ocean ridge. Mid-ocean ridges are rarely more than about 4,920 ft. (1,500 m) high, but they may snake along the ocean bed for thousands of miles. Beneath each of the world's great oceans there is a mid-ocean ridge. An example is the Mid-Atlantic Ridge in the Atlantic Ocean, which stretches from the North Pole to the South Pole. Mid-ocean ridges are areas of much volcanic and earthquake activity.

Converging plates: In many places the huge plates of the earth's surface are slowly moving together with unimaginable force. Sometimes the force of collision gradually destroys the edge of one plate; sometimes the impact simply crimps the plates' edges, thereby creating great mountain ranges. When one tectonic plate bends beneath the other, it is called subduction. Most of the time this happens because a dense oceanic plate collides with a lighter continental plate. You can see this along the Pacific coast of South-America. The oceanic plate dips beneath into the Asthenosphere. Through the heat of the Asthenosphere the subducted plate melts. At the surface an ocean trench is created, followed by an arc of islands. In this area also volcanic activities and earthquakes occur.

When continental plates collide, one of the plates splits up into two layers: a lower layer of dense mantle rock and an upper layer of lighter crustal rock. As the mantle layer subducts, the upper layer is peeled off and crumples up against the other plate, thus forming mountain ranges, like the Alps. These are called crumpled mountains.

Students engage in the hands on experiences, model building and focus during the lectures when they have a specific reason to do so. The experience of creating, writing and editing their own Dynamic Earth Pop-Up book is both motivating and engaging.

Integration:
Math, art, language arts and technology content can be integrated into this unit.

Day 1 KWL for “Earth Dynamics”
Materials: There are two activities to be done the first day of this unit. 1. KWL Lesson Part 1 Introduce the topic of Earth Dynamics and let students know that there will be a culminating project.

a. Each student will need a manila folder with their name, the title of the unit. Tell them that at the end of the KWL lesson they will be asked to illustrate the front of their folder.

b. The folders will contain all the important components (work samples) leading up to the culminating project.

a. Students will use terms, ideas, questions generated from their individual and group KWL to create a cover on the folder. Encourage students to use lots of color, images, and/or maybe create a collage with magazine images.

b. It is helpful to have the manila folders left in the classroom and not taken home. Throughout the unit you will be prompted to collect some pieces of work and place into the manila folders. This will serve your students well later on.


The object of this lesson is to empower learners around their pre-knowledge base of plate tectonics, earthquakes, volcanoes, mountain building and other forces that shape the surface of the planet earth. Perhaps more importantly, as you review the individual KWL's and as the whole class KWL proceeds, you will be looking for which topics of the unit may need more or less concept development. If you notice that there are some misunderstandings of concepts this will also emerge allowing you to address those later in the unit.

A useful website to review of the pedagogy and methodology of the KWL Lesson can be found at http://www.ncrel.org/sdrs/areas/issues/students/learning/lr2kwl.htm. A KWL template is available for download and print. Because the KWL will be used several times during this unit be sure to save a template.

Have students create a KWL for the big idea “Earth Dynamics”. This enables the teacher to see if and how learners are making connections between the subtopics. Some prompts might include:

Introduce the unit with a KWL for this unit. At this point in the lesson, make the art materials and magazines available. Students will use terms, ideas, questions generated from their individual and group KWL to create a cover on the folder. Encourage students to use more images than words, lots of color and/or maybe create a collage with magazine images.The folders can be used as a "Ticket Out the Door" (TOD). To Learn more about theTOD strategy go to http://www.teacherweb.com/mi/centralelementaryschool/mrsbainbridge/ticketoutthedoor.pdf