This webquest is a guide for student exploration into US foreign policy post-9/11. Students are divided into different groups and assigned one of four countries (Iran, Afghanistan, China, and North Korea) to research. Key questions, a rubric, suggested websites, and a culminating journal activity are provided. This would be a useful lesson to implement in a current events class or at the end of a unit on US foreign policy in a US History course. It should be noted that there are some formatting issues throughout the lesson plan that would need to be cleaned up prior to its use. It would also be helpful to create a handout for students that gives them a clear overview of the assignment and includes a sample of the journal assignment.

Each generation has an event that is symbolic of time and memory.  The bombing of Pearl Harbor, The assassination of President John F. Kennedy, landing on the Moon, fall of the Berlin Wall, etc.  September 11, 2001 represents the most recent of these events.

Your goal as a group is to complete a WebQuest that will provide you with information regarding the changes to foreign policy/ relations between the United States and other countries after 9/11.  The WebQuest will introduce you to background information on foreign policy and it will also allow you to formulate your own ideas about how what Foreign Policy is and how it functions.

Introduction to the lesson:

(Teachers: Show this to the students as an introduction to this lesson. This video should aid in the students understanding of foreign policy, why it is important,  and why it affects them.)

&#49;. First you'll be assigned to a team of four students.
2. Students will be split into 5 groups: N.Korea, Iran, Iraq, Afghanistan, China.
3. Once a country is selected, the students will then go online to research their topic using sites provided by the teacher.
4. Each individual student will start their own Google doc to put their research in.
5. In each Google doc you will make your own journals that you have placed essays you have written and pictures you have gathered about the topic.
6.After each individual journal is completed, you will get together with your group and talk about what you have discovered.
7. You will then make a collaborative journal in Google docs about what each student has found.
8. You will use this journal to make a presentation that each group will present in front of the entire class.

&#49;) They have been testing a missile called the Taepodong 2 which has the capability to carry nuclear weapons.
2) There were reports that North Korea was going to launch a missile at Hawaii on Independence Day 2009.
3) North Korean Government is called the Democratic People's Republic of Korea or the DPRK for short.
4) North Korea is a Communist country.
5)President Bush categorized N. Korea in a group known as "The Axis of Evil"

D) What has contributed to China's economic rise recently?

3) Iran
A) Who is this country's leader?

B) What type of Government exists?

C) Who has the right to vote?

D) How are leaders chosen?

Iran group: Watch this video for information. (If specific sections of the video relate it may be shown to the class as a whole to provide the students with more insight.)

4)Iraq A) Who is this country's leader? B) What type of Government exists?

C) Who has the right to vote?

5) Afghanistan  A) Who is this country's leader? B) What type of Government exists?

Students need to know:    CIA World Fact Book & U.S Dept. of State Websites
&#45;The location of their country in the Middle East as well as 3 neighboring countries.
&#45;Who is this country's leader?
&#45;What type of Government exists?
&#45;How are leaders chosen?
&#45;Who has the right to vote?
&#45;Describe the U.S.'s foreign policy with the country

Resources to help you find answers to your questions:

Middle East: Go to CNN.com and type the country you are assigned into the search bar at the top of the page.  If there are any stories that involve the United States and Your Country write down the headline and the date in your journal.  Title this section "Recent Headline News"

Student's should use the U.S. Dept. of State website links to gather basic/background information on countries
Further research concerning specific examples of U.S. Foreign policy can be found through the the CIA World FactBook Website, and

http://www.cnn.com/2009/WORLD/asiapcf/11/16/china.us.relations/   &#45;link to video+article on cnn about US/China Current Relationship 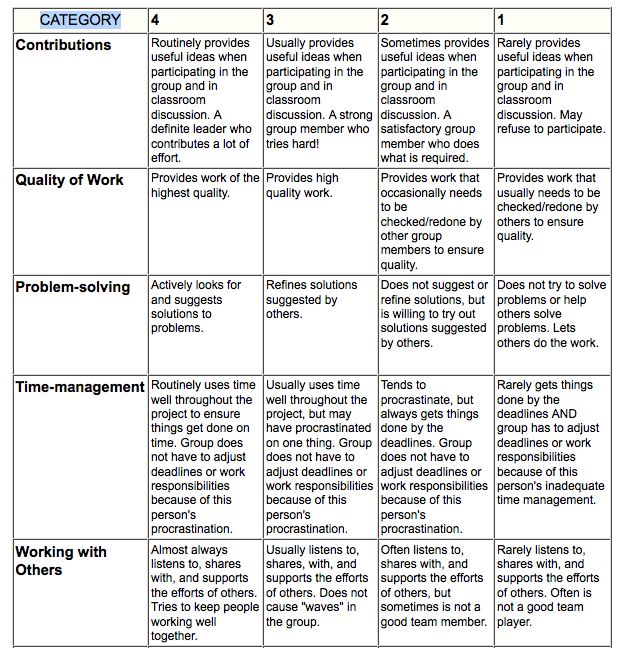 Each individual student will have made a journal online using Google.docs that they will later share with their group.  Their group will then pick and choose the best of the best from each individual journal into one Journal, which will then be presented to the class.  This Journal will be a collaboration of essays and pictures that the students have written and gathered (in Google docs).

By the end of the task the students will have a significant understanding of how the U.S.'s foreign policy changed since the attacks on 9/11.

The students will have learned how foreign relationships used to be before 9/11. How countries were more willing to trade with other countries and share their resources. They will now be able to understand how much it has changed since the events of 9/11. Because of that horrible day foreign policy has be greatly affected and countries are hesitant to work with others like they used to. They will also gain new knowledge of how their chosen country uses and treats foreign relationships.  Knowing all of this will hopefully broaden the students knowledge and they might synthesize their own ideas about improving foreign policy.

A. Identify and evaluate the political and cultural contributions of individuals and groups to United States history from 1890 to Present..
&#45; Political Leaders
&#45; Military Leaders

B.   Identify and evaluate primary documents, material artifacts and historic sites important in United States history from 1890 to Present.

Example of Questions and Answers for "The Process"

This should be done in the students' Google Doc. At the end of the unit, the students will pick the best and most detailed answers to include on their collaborative Google Doc, to then present to the class as their group journal.

The location of their country in the Middle East as well as 3 neighboring countries.

Who is this country's leader?

&#45;What type of Government exists?
Iran is an Islamic Republic with thirty provinces, or regions.

&#45;How are leaders chosen?
"The president of the Islamic Republic of Iran is elected by universal suffrage to a 4&#45;year term. The president supervises the affairs of the executive branch, appointing and supervising the Council of Ministers (members of the cabinet), coordinating government decisions, and selecting government policies to be placed before the Majles."(http://www.state.gov/r/pa/ei/bgn/5314.htm)
"The Majles, or National Assembly, consists of 290 members elected to 4&#45;year terms. Elections are held by secret ballot from amongst the candidates approved by the Council of Guardians."(http://www.state.gov/r/pa/ei/bgn/5314.htm)

&#45;Describe the U.S.'s foreign policy with the country
The United States main concern with Iran is nuclear proliferation.  The International Atomic Energy Agency has been working to clearly determine what Iran's nuclear ambitions are.  The issue was subject to increasing attention after the 9/11 disaster.  The United States has a strict trade policy with Iran.  Due to Iran's refusal to follow the IAEA's atomic energy standards and human rights violations the United States has banned most types of trade with Iran.  U.S. sanctions are targeted at the Iranian government, not the Iranian people directly.  Some trade is allowed, including, licensed agricultural exports and medical products, donations intended to relieve human suffering.  The U.S. also imports goods such as  carpets (aka "Persian Rugs"), food such as dried fruit.


Students must include the links/websites where they find their information.  ( no formal citation is needed)