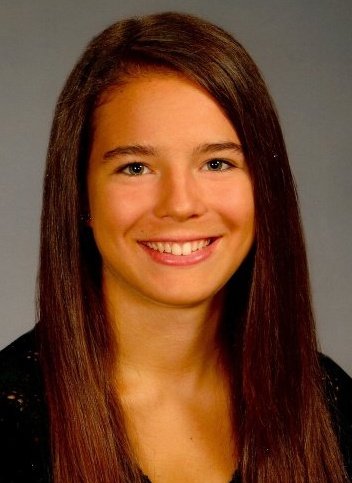 This folder contains all lesson plans and assessments for this unit.

This folder contains all lesson plans and assessments for this unit.

by Abigail Myers
If you are a humanities teacher, reading the Diary dovetails well with a study of World War II. I have prepared a brief list of 15 social studies lessons that could be taught alongside your students' reading of the diary.
Member Rating
Curriki Rating
'C' - Curriki rating
C
'C' - Curriki rating

by Sean Devolites
This lesson was developed as part of a project for Dr. Bolton's EDM-300 class at the West Chester University of Pennsylvania. The lesson is about learning about the different military strategies that were used during World War II, for example the 'Blitzkrieg' of the Germans, as well as the tactics that developed because of new technology, such as aerial combat. The students are responsible for creating a poster detailing some of these tactics, thus leading to them understanding what the strategies involved. By doing this they will inherently understand the importance some nations had in World War II and the differences that good tactics had on the strength of a nation's army. Multiple intelligences will be addressed throughout the project, as those who are more keen on visual learning will learn through the creation of the posters complete with pictures and summaries of the strategies, while those who are more prone to learn via reading will benefit from the information included in the Webquest. Those who learn better through listening will also be helped through the presentations made by the different groups in the class. The students will need to be able to think critically and determine which strategies are more effective and important, and also be able to speak in front of the class as well as develop a description of the strategies they are presenting.
Member Rating
Curriki Rating
On a scale of 0 to 3
2
On a scale of 0 to 3

by Amy Scheuer
The question of how involved the United States should become in the European war deeply divided the country. On the one hand, Roosevelt and the so-called "internationalists" claimed that a program of aid to Great Britain and other countries fighting against Germany would make actual U.S. participation in the war unnecessary. On the other side stood those who were called "isolationists," who believed that the president's policies were making it increasingly likely that the country would end up in another disastrous foreign war. This debate was still raging when Japanese aircraft attacked Pearl Harbor on December 7, 1941. At this point it was clear that, like it or not, the United States would be a full participant in the Second World War.This unit explores American neutrality in the interwar period, the differing perspectives of internationalists and isolationists, and the decisions leading up to involvement in World War II.
Member Rating
Curriki Rating
'C' - Curriki rating
C
'C' - Curriki rating

by Amy Scheuer
In this four-lesson curriculum unit, students begin by exploring through contemporary documents the rise of animosity between the United States and Japan beginning in World War I and continuing over the next two decades . They consider next through primary source documents and an interactive timeline the overall principles which underlay both Japanese and American foreign policy in the mid- to late-1930. Students turn then to examine through primary documents and maps why Japan embarked on its policy of aggression against China, also considering the U.S. response to this new policy, and how it contributed to war between the United States and Japan. Finally they are asked to put themselves in the shoes of U.S. and Japanese diplomats in the final months of 1941, desperately trying to reach a settlement that will avoid war. Through the use of primary documents and an interactive map and timeline, they will consider whether there was any reasonable chance of preventing the outbreak of World War II in the Pacific.
Member Rating
Curriki Rating
'C' - Curriki rating
C
'C' - Curriki rating

by Amy Scheuer
This four-lesson curriculum unit will examine the nature of what Winston Churchill called the "Grand Alliance" between the United States, Great Britain, and the Soviet Union in opposition to the aggression of Nazi Germany and Imperial Japan.The first lesson deals with the formation of the alliance, the second lesson covers the uncertain period from early 1942 through much of 1943, the third lesson covers issues concerning the future of Europe during the final phase of the wartime alliance, and the fourth lesson focuses on two major postwar issues in Asia.
Member Rating
Curriki Rating
'C' - Curriki rating
C
'C' - Curriki rating

by Amy Scheuer
In this unit, students will examine the role that the United States played in bringing about this victory. They will learn about the strategies that were developed, and how they played out in reality. They will become familiar with the two major theaters of the war—Pacific and European—and how developments in one affected the course of the fighting in the other. Finally, they will learn how the various military campaigns—on land and sea, and in the air—all contributed to the war's successful conclusion.
Member Rating
Curriki Rating
'C' - Curriki rating
C
'C' - Curriki rating

by Amy Scheuer
This lesson will help students to understand the effects that the Second World War had on jazz music and the contributions that jazz musicians made to the war effort. The activities below help students explore the role of jazz in American society and the ways that jazz functioned as an export of American culture and a means of resistance to the Nazis. Gathering together excerpts of important works by both jazz historians and jazz musicians, the culminating activity helps students develop a broader historical perspective on the effects that World War II had on the course of jazz music.
Member Rating
Curriki Rating
'C' - Curriki rating
C
'C' - Curriki rating