The digitized version of the Motley Collection of Theatre and Costume Design is based on originals housed in the Rare Book & Manuscript Library at the University of Illinois at Urbana-Champaign. The Motley Collection consists of over 5000 costume and set designs, sketches, notes, photographs, prop lists, storyboards, and swatches of fabric. The collection documents 150 productions of Shakespeare and modern classics, dating from 1932 to 1976, staged in England and the United States, from the West End of London to Broadway in New York City. The majority of the collection has been digitized, and can be searched by play title, theater name, actor and director names, as well as medium. In addition, production notes have been compiled for selected plays; for example, a researcher interested in a 1954 production of A Midsummer Night's Dream can view excerpts of reviews, commentary from the set and costume designer, Margaret Harris, and a cast list including Vanessa Redgrave who played Helena.
↓http://images.library.uiuc.edu/projects/motley/ 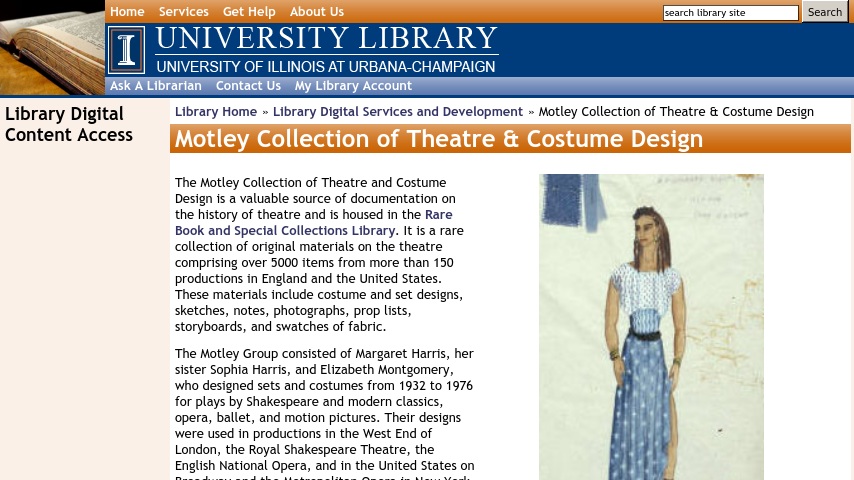