Chinese New Year is celebrated in many countries around the world. Each new year is named after one of twelve animals. 2010 was the year of the tiger and 2011 is the year of the rabbit. People born in the year of the rabbit like being part of a team. They are friendly, calm and intelligent. They think about other people and they don't like to argue. What a great friend to have!
↓http://learnenglishkids.britishcouncil.org/en/short-stories/my-favourite-day-chinese-new-year 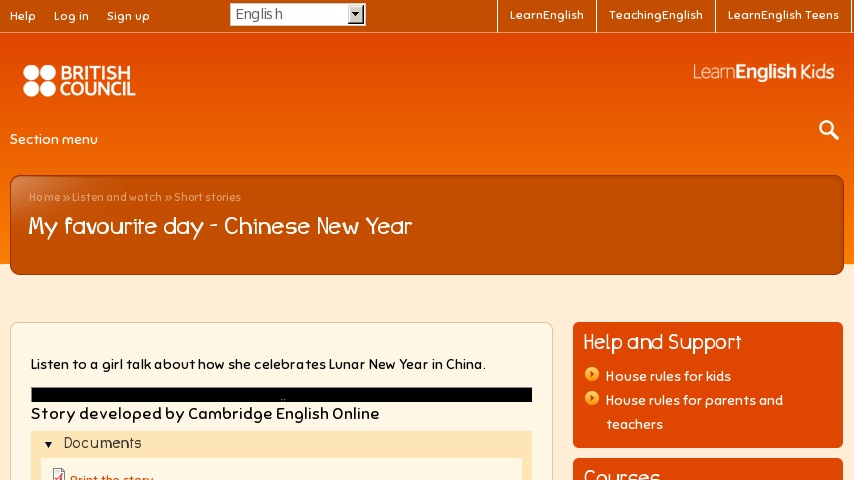