Since time immemorial, humans have asked such fundamental questions as "Are we alone" and "Where did we come from?". Taking on some of those fundamental questions through the use of scientific inquiry is the Origins program, operated under the auspices of NASA. As an introductory essay on the program authored by Alan Dresser on the site suggests: "The eruptive growth of 20th century astronomy has brought us an appreciation of how vast, old, and unearthly the universe is, and has left humanity struggling with a sense of our own significance consistent with the reality of who and what we are." With that rather awe-inspiring thought in mind, visitors will want to comb through the many insightful sections of the site, including those that provide answers (or at least what we know so far) to such questions as "Is there life on planets outside the solar system?" Additionally, visitors can read about NASA's different missions and learn about the new technologies under development that will allow voyages of discovery into space to continue these explorations over the coming decades.
↓http://origins.stsci.edu/ 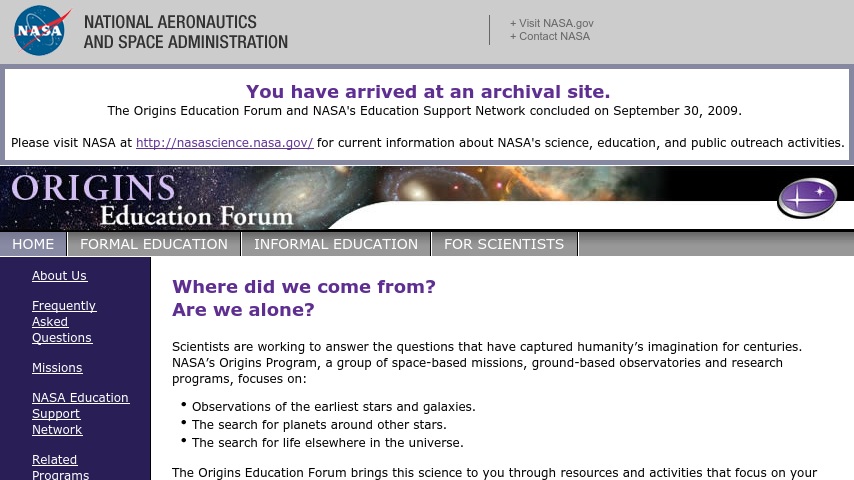