NTNU Java: Velocity in the same direction of the frictional force

In this applet, one block of mass m2 is on top of another block of mass m1 on a frictionless surface. Assume the friction coefficient between the blocks is mu. The lower block is attached to a spring of constant k. The user can drag the lower block horizontally, release the mouse and watch how the friction force between the blocks cause the top mass to move. Due to the friction force between blocks, the velocity of the top block is in the same direction of its friction force.
↓http://www.phy.ntnu.edu.tw/ntnujava/index.php?topic=434.0 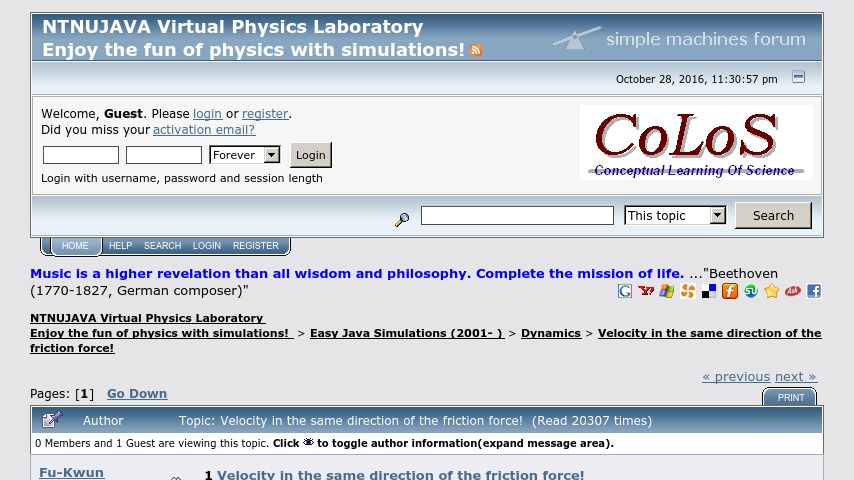