Just over a month after the 60th anniversary of the liberation of Auschwitz, another reminder of Adolf Hitler's legacy has created additional controversy in Germany. This week a five-star hotel operated by the InterContinental group opened near the location of Hitler's Alpine retreat on top of the Olbersalzberg mountain in Bavaria. Bavarian tourism and finance officials were quick to defend the decision to allow the construction of such a property, and some local residents also spoke out in favor of developing the region's tourism industry. Hitler's original retreat on the site was largely destroyed by Allied bombers near the conclusion of war, and the US military used the area as a resort for more than 50 years before returning the area to Germany in 1996. Since 1999, there has been a documentation center that has provided information to tourists on the history of the site. The hotel remains controversial, and as one former leader of one of Germany's leading Jewish organization commented, "The building of a luxury hotel in Olbersalzberg is tasteless and robs the place of its history".The first link offered here will take visitors to a news story from The Globe and Mail that offers some discussion of the new hotel. The second link will take visitors to another piece about the new luxury resort and hotel, offered by the Deutsche Welle, the well-regarded German international broadcasting service. The third link leads to a website dedicated to providing tourist information about the Berchtesgaden region of Germany. The fourth link leads to the official homepage for the state of Bavaria where visitors may learn about government, economy, education, and the people in the region. The fifth link leads to a fine online archive of Nazi and East German propaganda offered for scholarly and educational purposes through the efforts of Professor Randall Bytwerk at Calvin College. The final link will take visitors to the very interesting psychological profile of Adolph Hitler that was created during World War II by Walter C. Langer of the Office of Strategic Services in the hope that such a report would "be helpful in gaining a deeper insight into Adolf Hitler and the German people."
↓http://scout.wisc.edu/Reports/ScoutReport/2005/scout-050304 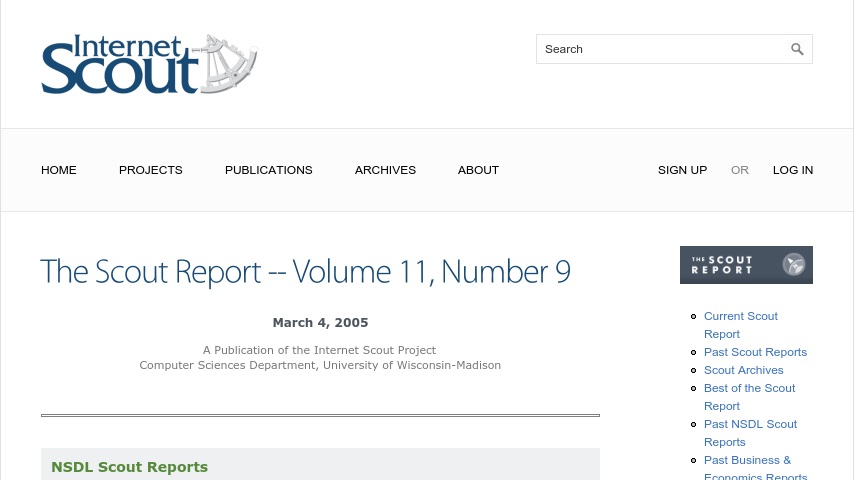