Students do not overcome conceptual difficulties after solving 1000 traditional problems

The relation between traditional physics textbook problem solving and conceptual understanding was investigated. The number of problems a student solved, as estimated by students themselves, ranged from 300 to 2900 with an average of about 1500. The students did not have much difficulty in using physics formulas and mathematics. However, we found that they still had many of the well-known conceptual difficulties with basic mechanics, and there was little correlation between the number of problems solved and conceptual understanding. This result suggests that traditional problem solving has a limited effect on conceptual understanding.
↓http://dx.doi.org/10.1119/1.1484151 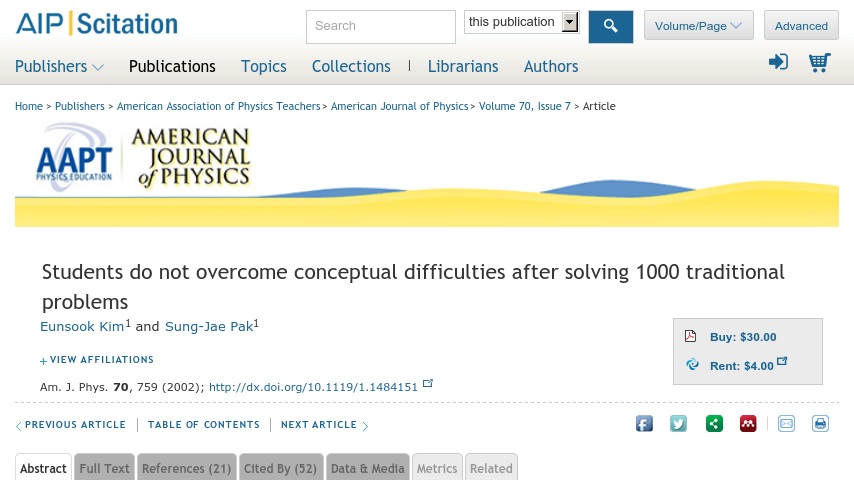