Thousands of Neanderthal fossils and artifacts are known, making Neanderthals the best-characterized fossil humans. It is becoming increasingly clear that the Neanderthals and their modern human successors did not mix and that the Neanderthals are an extinct side branch of humanity. Yet, as Klein explains in his Perspective, it remains unclear why they disappeared shortly after modern humans arrived in Europe and west Asia. Archaeological studies show that Neanderthals shared many advanced behaviors with modern humans, but that they were not as culturally advanced. Neither archaeology nor fossils can reveal Neanderthal cognitive capacity, but genetic studies may shed light on whether the demise of the Neanderthals can be attributed to limited cognitive ability.
↓http://www.sciencemag.org/cgi/content/full/sci;299/5612/1525?maxtoshow= 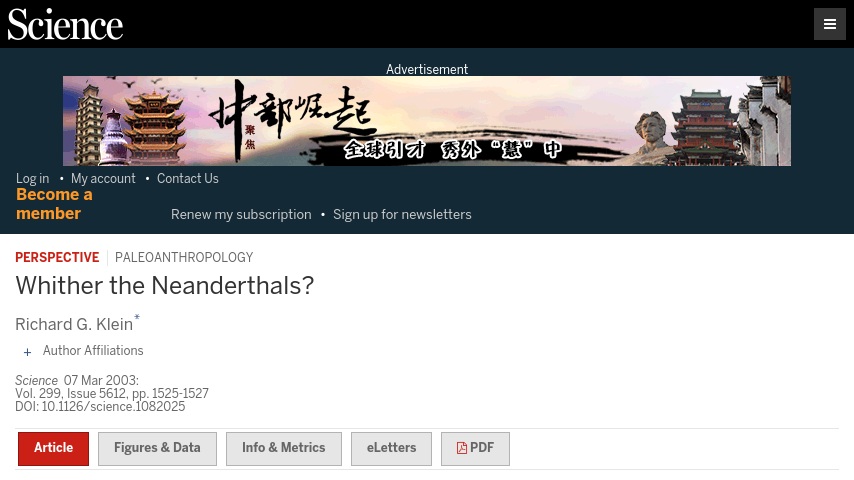